What is the Least Important Position in Basketball

But the one thing you need to understand is that not all positions are equal in terms of the player’s responsibilities. So, what is the least important position in basketball?

To answer that question, it is best to understand each basketball position and what their roles are.

What are the Main Positions in Basketball?

What the traditional point guard does is make plays. That is why point guards are not only supposed to be gifted ball-handlers but are also supposed to be the best passers and most strategically intelligent players on any team.

Good examples of point guards that are considered traditional are Bob Cousy, Isiah Thomas, Steve Nash, and Chris Paul. However, given that the point guard position has changed since its inception, there are not too many “traditional” point guards today.

Nowadays, point guards are not only considered the top playmakers of their teams but have also become the focal point of the offense. Names such as Stephen Curry, Damian Lillard, Luka Doncic, and Kyrie Irving come into mind when talking about offensive-minded point guards. These stars are usually the playmakers and top scorers of their respective teams. 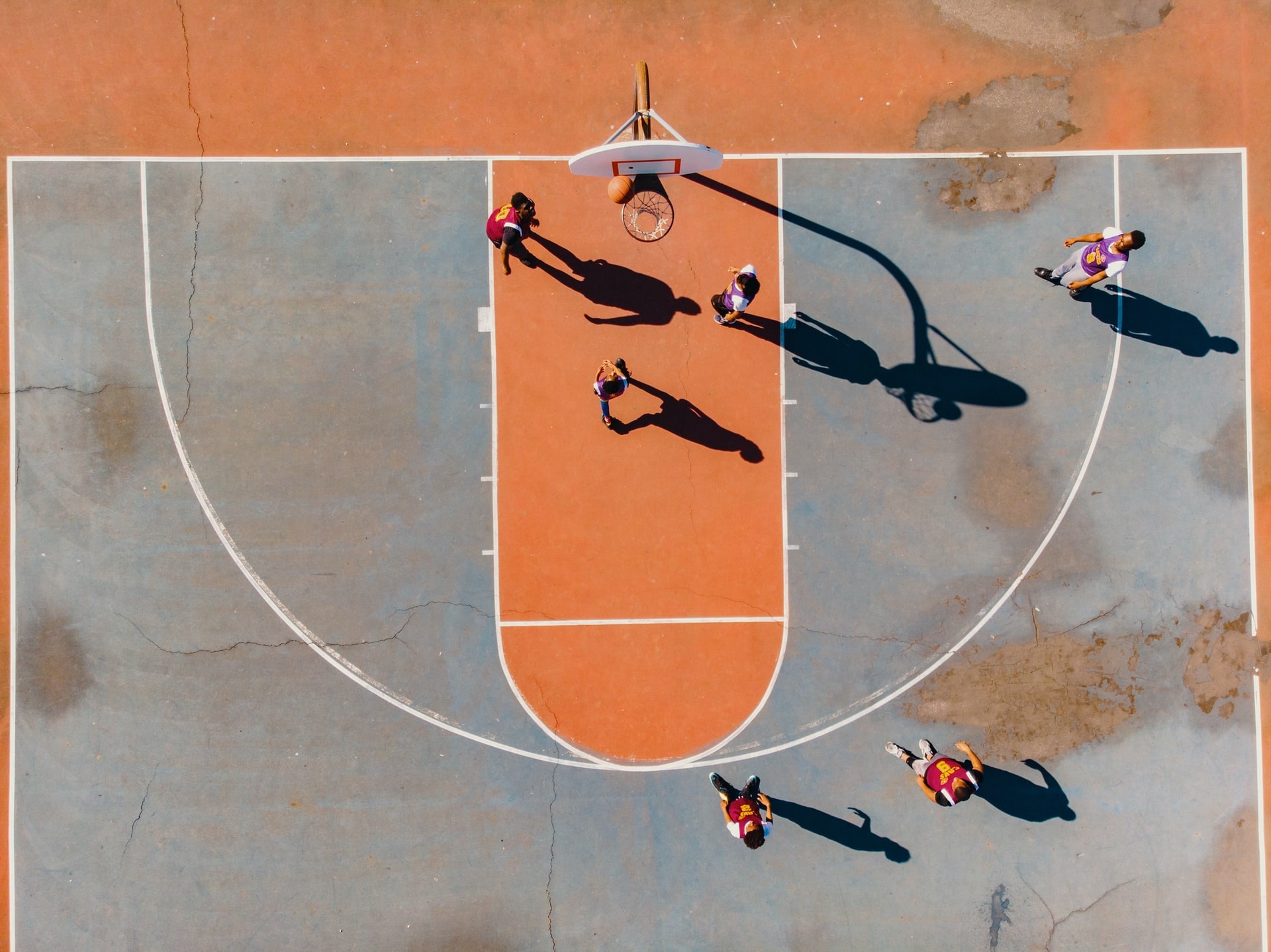 The second guard position is the shooting guard, which is often labeled as the 2 guard or simply the “2”. Shooting guards can potentially be the shortest players on the court, but they are usually taller than the point guard. Like the point guards, they are also skilled ball-handlers tasked to be the team’s second playmakers.

But while the shooting guard should have ball-handling skills, the position demands that the 2 guard should be able to shoot the ball. Shooting guards are generally the best shooters from almost anywhere on the floor.

If you want to know some of the best examples of traditional shooting guards, names such as Sam Jones, Gail Goodrich, Reggie Miller, Ray Allen, and Klay Thompson come into mind.

But, because shooting guards can also be the best players on their team or even in the entire world, they do more than just shoot off of a pass, but they also make plays and create their own shots. Some of the greatest non-traditional shooting guards include Michael Jordan, Kobe Bryant, and Dwyane Wade.

Because small forwards have the best combination of size and athleticism on any team, they should score inside and out. They can finish near the basket or make jump shots out on the perimeter. 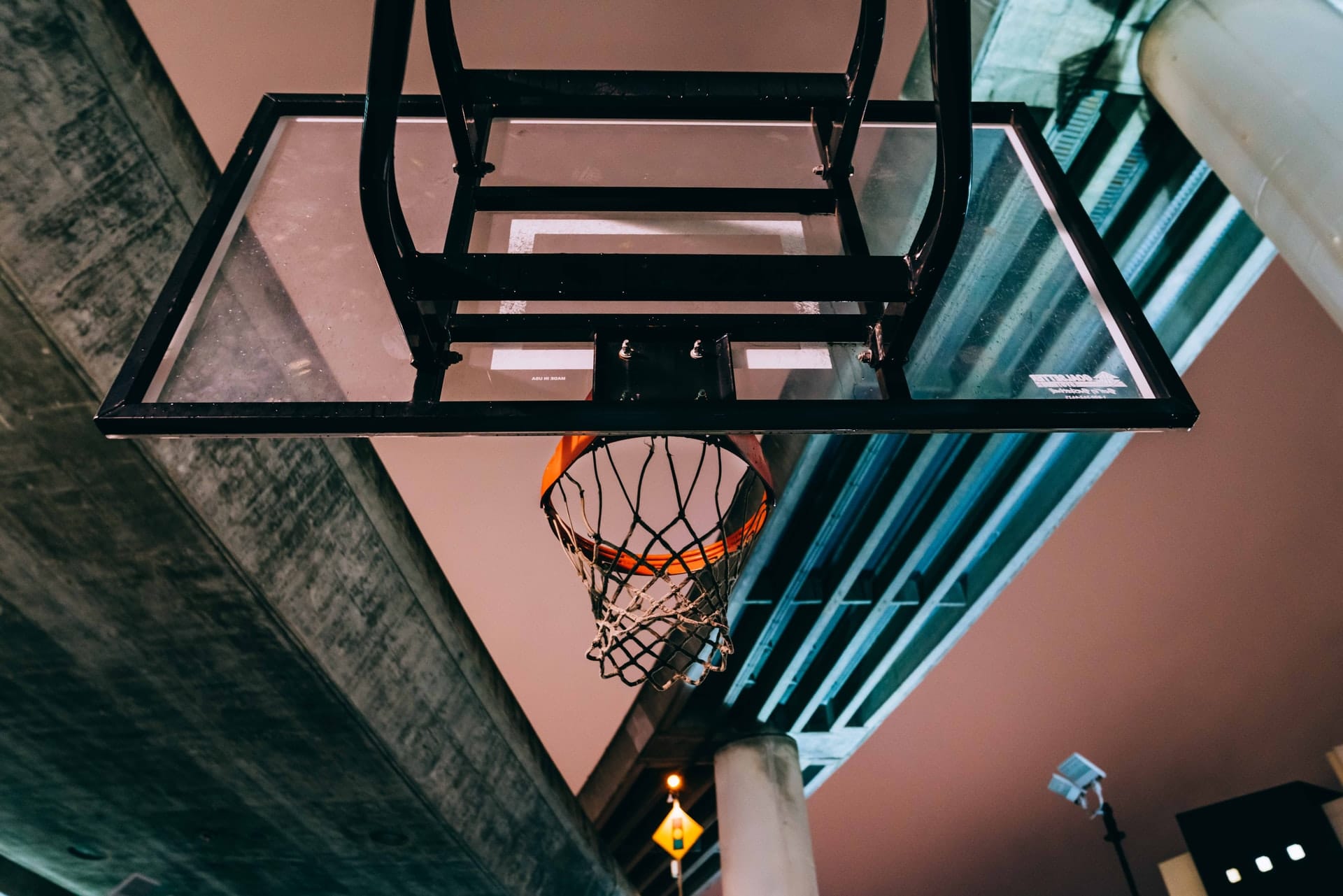 The second forward position is the power forward, which is also called the 4. Power forwards are some of the tallest players but are traditionally a bit shorter than the center.

Because of their size, power forwards can control the paint both on offense and defense but can also take their games out on the perimeter to shoot 15 to 17-foot jump shots, depending on their skills. They are also secondary rebounders that should help out in securing the team’s possession of the ball.

Some power forwards are more skilled as post-up players while others are better off as cutters or spot-up jump shooters close to the basket. But what is usually required of them is to be strong, athletic, and tall enough to stay in the paint.

Finally, we have the center, which is also called the “5” and is usually the tallest and strongest player on any team. Because centers are generally the most physically imposing players, they are tasked to stay in the paint to protect the basket, finish strong, and grab rebounds. The center is the very reason why basketball is often regarded as a tall man’s game.

Some of the greatest players in league history are centers. Centers are capable of posting up close to the basket and taking up space in the paint both on offense and defense. This is why the early days of the sport of basketball relied a lot on what a dominant center could do on both ends of the court.

Players like Bill Russell, Wilt Chamberlain, Kareem Abdul-Jabbar, Shaquille O’Neal, Hakeem Olajuwon, and David Robinson are household names in basketball history because of how dominant they are were in their respective primes.

What is the Most Important Position in Basketball and Why? 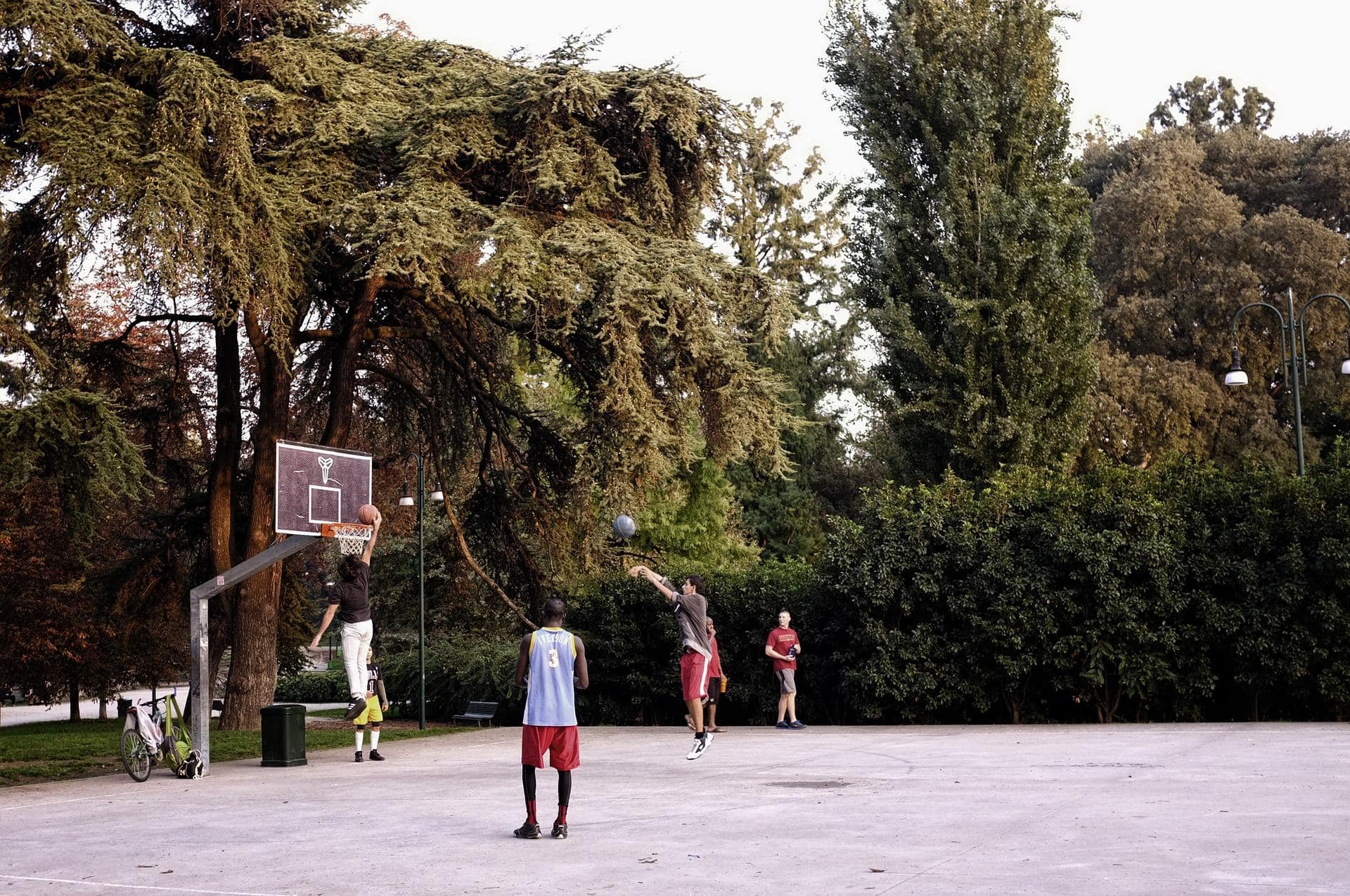 Now that we have discussed the different basketball positions and roles, it is now easier to define which is considered the most important based on what these players offer to any given team.

To start, the position that has always been important to any team regardless of the era you are talking about is the point guard. That is because the point guard is supposed to function as the extension of the head coach since this player calls out the plays and sets the offense up.

This also makes the point guard the most challenging position because so much of what makes a team successful relies on a point guard’s skills and decisions.

However, in a more historical sense, the center was the most crucial position in basketball because this sport is a tall man’s game. The most efficient shots in the sport are the ones closest to the basket. Given that the center is the tallest player on the court, it is easier for these bigger men to get efficient shots on offense and also block or alter efficient shots when playing defense.

But, because the game has evolved to a point where perimeter offense and three-point shooting have taken over post-up plays, the point guard has become the most essential position in basketball.

This is due to how point guards not only set the offense up but also create offense for themselves. Defenses are more likely to gravitate towards point guards like Stephen Curry, Damian Lillard, and Luka Doncic rather than to the modern-age centers.

What is Considered the Easiest Position to Play in Basketball?

The truth is that there is no easy position to play in the sport of basketball because each position has a specific role to play. And these roles are relative to the player’s size and skills. 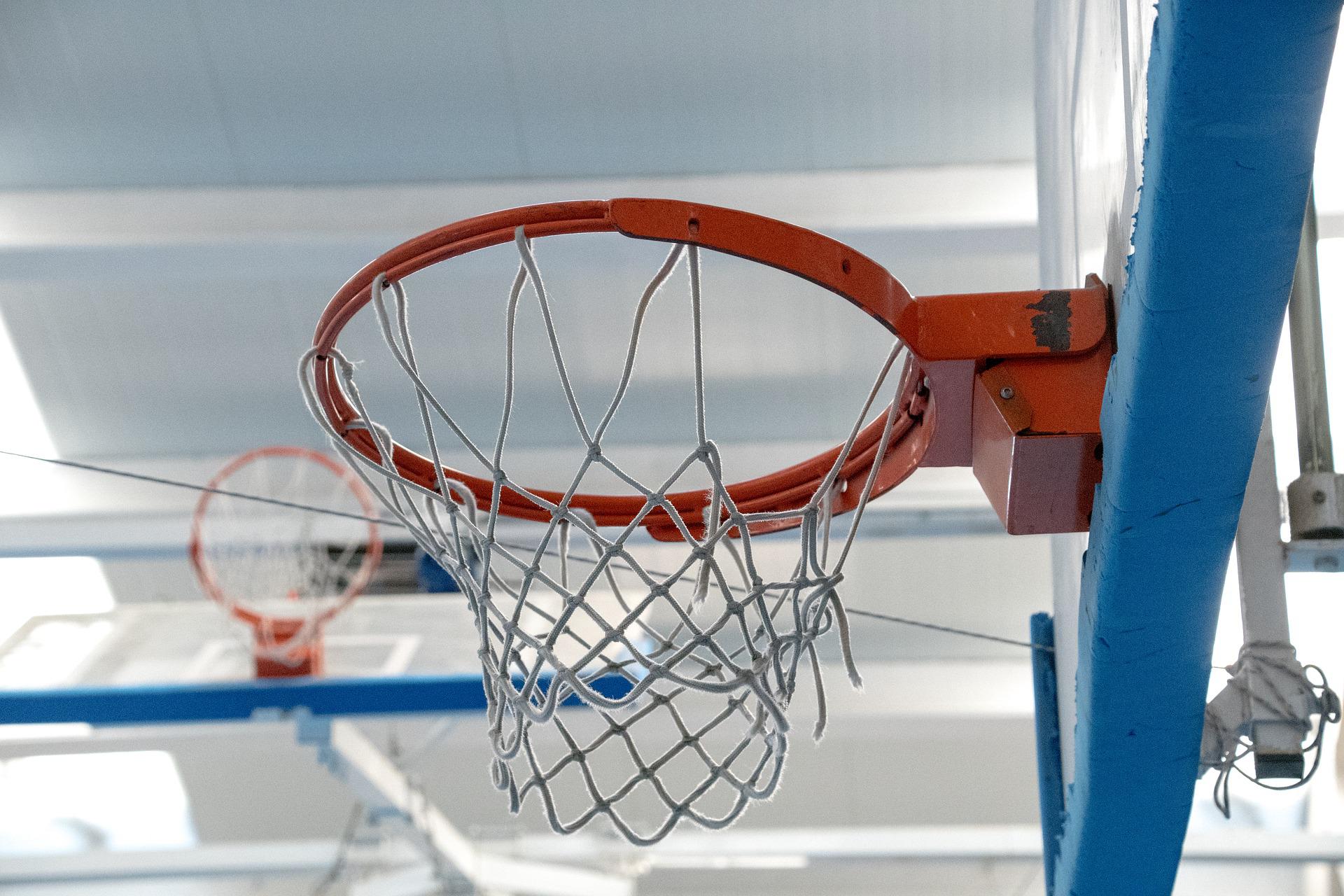 However, if we are talking about a player’s lack of skills, especially in today’s game, the easiest position to play is the center position. That is because centers are not even tasked to develop plenty of skills in today’s modern sport of basketball.

Instead, centers today are only tasked to do the bare minimum like knowing how to rebound the ball, defend the basket, and position themselves for easy points. It might be true that you cannot teach height but, as long as you are already tall enough, learning how to play center is easy. Learning how to play the center for undersized big men might be more difficult, but it still is easier compared to the other positions.

Which Position is the Least Important in Basketball?

Today, the game has become too perimeter-oriented to the point that the traditional center is becoming rare. Plenty of teams win championships without a conventional center. That is because they can slide the power forward up to the center spot. The reason is to increase the pace and to improve the floor spacing.

An excellent example is the 2021 NBA playoffs matchup between the Utah Jazz and Los Angeles Clippers in the second round. The Jazz had the best rim-protecting center in Rudy Gobert. But the Clippers were able to neutralize him by playing floor-spacing power forwards at the center to take Gobert out of the paint. Essentially, the Jazz’s biggest strength on defense became their biggest weakness.

Meanwhile, in terms of championship success, the Golden State Warriors were able to win three NBA titles with 6’6” power forward Draymond Green sliding to the center spot in most stretches.

But, in the more traditional sense, the small forward used to be the least significant position. That was because it was difficult to define the role of a small forward. They were technically Swiss Army knives because they had different sets of skills but excelled in none of them. But this was before the time of superstar small forwards like Julius Erving and Larry Bird.

However, things have now changed. Some of the game’s best and most important players are small forwards. Examples of these players are LeBron James and Kevin Durant.

Wrapping Things Up: What is the Least Important Position in Basketball?

There is no denying the fact that the center spot is still very much a vital role in basketball. Certain situations where having a dominant inside presence can still change an entire game. We do not also deny that the former greats like Wilt Chamberlain, Shaquille O’Neal, and Hakeem Olajuwon could dominate today’s era because we still have dominant centers in today’s NBA.

> What Position Should I Play in Basketball?