Imagine having 10 giant, sweaty guys in a 94 by 50 feet playing court. At some point, they make contact with the floors because of sheer hustle or physical play. Regardless, their dripping sweat could eventually become dangerous and can be a potential cause for slipping and injuries. Whose job is it to prevent these scenarios from happening? It’s the mop boys’ responsibility. But that begs the question, “How much do NBA mop boys make on average?”

Given the seriousness and simplicity of their job description, it’s easy to see why people may wonder how much money these guys earn. It will also give a unique perspective on how the other utility guys for NBA teams get paid.

What Do Mop Boys Do in NBA?

A mop boy’s main job is to clean the dirt and debris from the court. This is quite interesting and needs alertness and energy. But then again, many teams would require more working hours from their mop boys, not just on game hours alone. On top of that, mop boys quickly and thoroughly clean the court during quarter breaks, timeouts, and halftime breaks. This can be pretty tedious.

More often than not, teams may require their mop boys to do tasks before and after game time. During the Covid pandemic, the job of mop boys and janitors is even more thorough and extensive. Teams had to follow the protocols to stop the spread of the virus. Therefore, all NBA arenas had to be cleaned meticulously from top to bottom. Seats, railings, and other things that may be touched by the fans must be disinfected. They may also be tapped to help load and unload basketball gears and set up the benches. 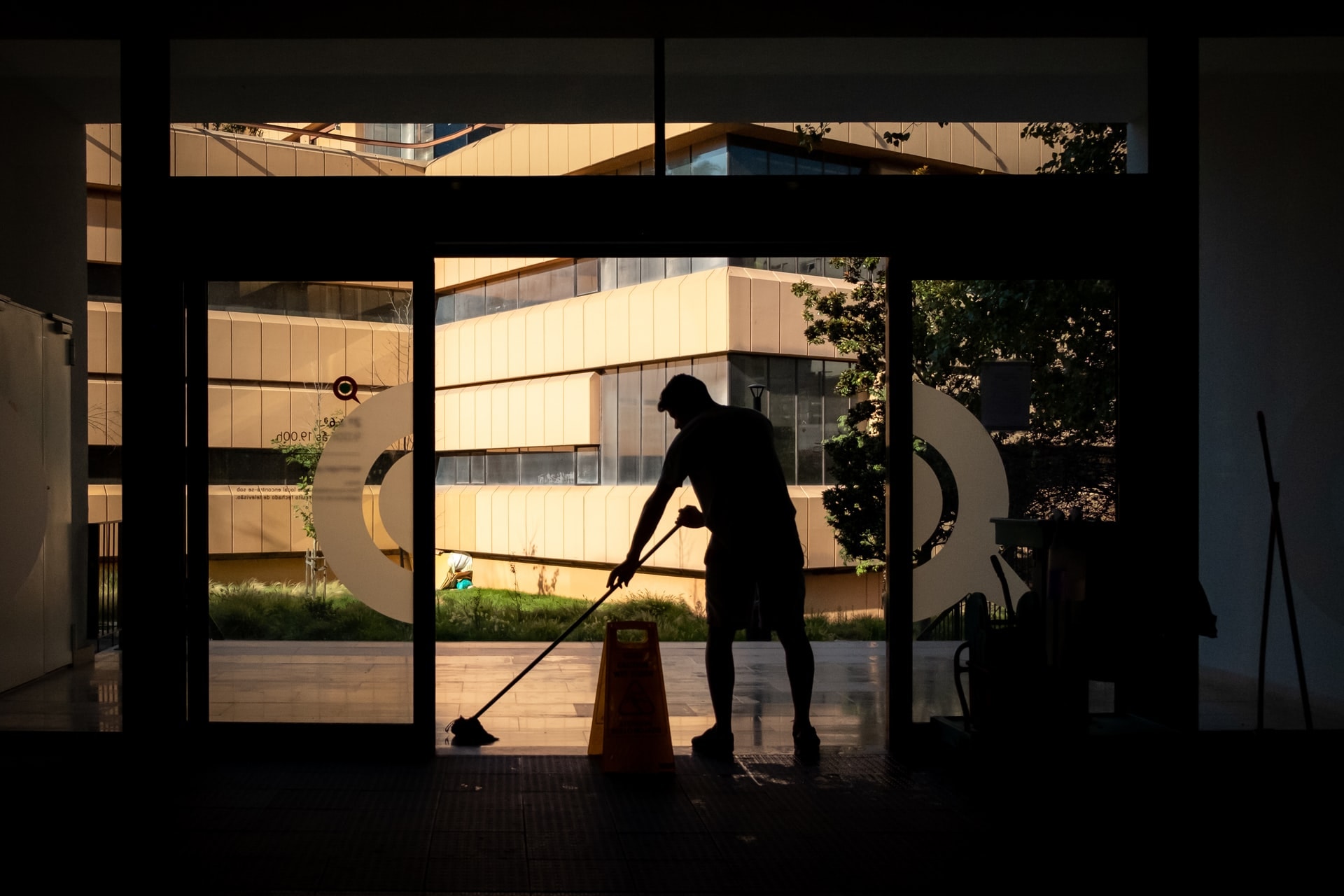 Think about that for a moment. Most NBA arenas can hold a seating capacity of around 19,000 people, and each of those seats must be cleaned painstakingly! The United Center can seat almost 21,000 people and the Madison Square Garden about 20,000. Again, even before the game starts, mop boys earn every bit of money they make.

If you think that’s the end of it, wait until the games start. As big as they are, NBA players sweat between one to four liters every game. Imagine all the sweat they drench and even more when they come in contact with the floor! Mop boys don’t waste any time when that happens. They must be there at the point of contact almost as soon as the players get up and mop the sweat off the court. This is also for the players’ safety and hygiene.

How to Become an NBA Mop Boy?

The answer may vary depending on the organization that you target. Most of the time, treat the application process like any other job-hunting process, only with a twist. With that being said, it pays if you do your due diligence and be persistent.

For starters, you may have to track down a team’s Human Resource department or the person in charge of the said department. The Internet is your friend in that regard. You may start by looking it up on LinkedIn. Then, you can directly search for the person in Google, and if you get lucky, you may stumble upon their email addresses. You may submit an NBA floor sweeper job application there. If this doesn’t work, you may visit NBA.com’s career page and take it from there.

It is also rumored that some organizations only hire people at these positions if they are recommended by someone inside. If you have connections with an NBA team, no matter how small, now is the time to make good use of that. What if you don’t really know someone inside an NBA organization? If this is really the career path you want to take, don’t give up. NBA mop boy qualifications may be hard, but it’s not impossible to get into. Like any other job, you must have standout qualifications that even NBA teams can’t pass up. For example, if you have an excellent educational background and adequate experience in janitorial and cleaning services, you may separate yourself from the pack and get hired.

The monetary compensation is one of the reasons why it’s worth pursuing a career as an NBA mop boy. The NBA floor cleaner salary may vary from organization to organization, but more often than not, it falls under the middle-income umbrella.

Of course, NBA janitors’ and floor cleaners’ salary varies depending on their qualifications and experience. They may start on the low end of the salary spectrum and then work their way up the ladder. Some organizations may hire people for at least $10 an hour, but this information is not confirmed.

How Do NBA Mop Boys Get Paid?

Again, the terms may differ from organization to organization. The most common length of the pay period in the United States is biweekly and weekly, so most NBA teams may follow that pay period. Semimonthly and monthly pays are less common, but some NBA teams may pay their new employees at an hourly rate right after every game.

However, it would seem like the most common salary of NBA mop boys rarely exceed $70,000. Their skills and experience are the primary basis for their pay. But then again, anyone in the cleaning and janitorial business knows the hard work involved. If you think this is a walk in the park, think again.

If you’re also an NBA fan, being an NBA mop boy could be quite an experience for you. Every now and then, you’d bump into LeBron James, Kevin Durant, or Stephen Curry. Some NBA players in your home team may even know you by name and give you presents. On top of that, some organizations could let you watch games even when you’re not working.

Wrapping Things Up: How Much Do NBA Mop Boys Make on Average?

Before salivating on the massive salary of an NBA mop boy, be reminded that the physical exertion needed is also tremendous. NBA mop boys may be required by the teams to clean and disinfect the entire arena and help in preparing gears and benches. Therefore, their job is exhausting and begins way before the game starts.

In the game, the grind continues. NBA players dive and sweat like crazy. To protect them from injuries and possible hygiene issues, NBA floor cleaners must be alert at all times. They need to thoroughly clean sweat and debris off the court. Given how much these players sweat and make contact with the floor, there must be a whole lot of wiping and cleaning done.

Considering all these factors, it’s only justified that an NBA floor cleaner salary is that much. How much do NBA mop boys make on average? Depending on the years of experience and skills, they make at least $55,000 up to north of $90,000 a year. However, the salary rarely exceeds $70,000. Still, that money is enough to qualify them as a middle-income family. If you’re experienced in the cleaning and janitorial field, why not try your luck and apply? This career path is undoubtedly worth every penny.

> How Much Do NBA Waterboys Make on Average?