The Best Basketball Documentaries of 2022

All you have to do is keep reading to find some reliable options for an excellent weekend of binging. These documentaries will have you glued to your couch.

If you want to get back to playing basketball, .

Our Favorites for the Best Basketball Documentaries

was initially released in 2014 about Allen Iverson. It covers more than just his days in the NBA but also his early life. It gave viewers a closer look into his life and was directed by Zatella Beatty. Many viewers consider this to be one of the best basketball documentaries. 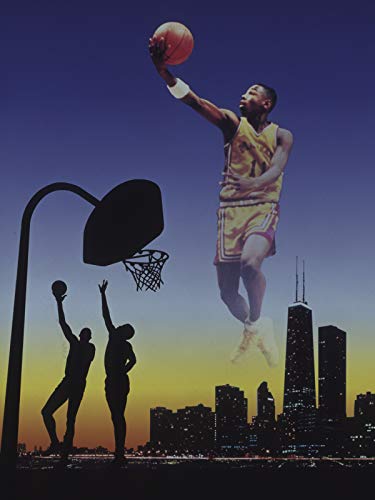 Hoop Dreams is another one of the most recommended basketball documentaries. This highly rated documentary was released in 1994. It gives viewers a glimpse into the lives of William Gates and Arthur Agee, two boys from Chicago’s inner city, who dream of NBA fame. The film has won a Peabody and a MORE award.

Our Runner Ups for the Best Basketball Documentaries 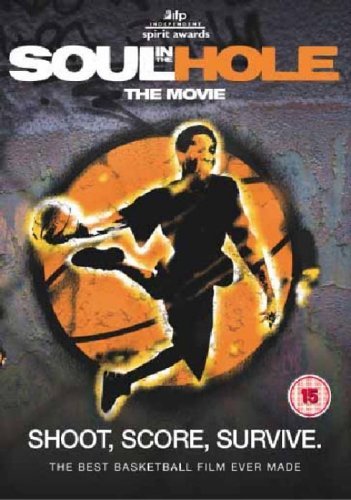 Soul in the Hole

Soul in the Hole [Import anglais]
Check Price on Amazon

Our Value Picks for the Best Basketball Documentaries 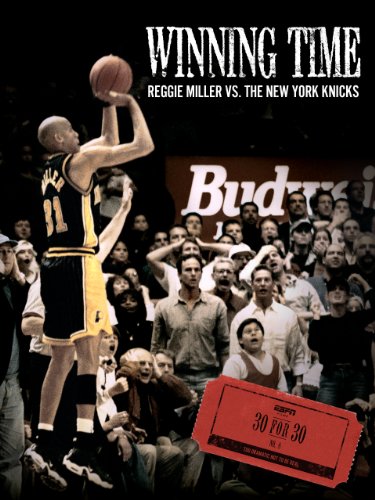 Winning Time: Reggie Miller vs. The NY Knicks is one of ESPN’s 30 for 30 films. The film gets its name from Reggie Miller’s persona known as the “Garden’s Greatest Villain” and the Indiana Pacer’s rivalry with the New York Knicks. This documentary captures the intensity of this rivalry through an abundance of video clips, interviews, and so much more. Dan Klores directed this documentary.

Who are Some of the Greatest Players in Basketball History?

When you think about the best basketball players, what players come to your mind? Depending on who you ask, the players on their list may change. However, some basketball staples tend to make the greatest player list every time. These are players who show tremendous skill on and off the court. One common attribute between these players is that they often eat, sleep, and breathe basketball. These players include the following:

This is one player that needs no introductions. He spent his career playing for the Bulls and the Wizards. He is not only an accomplished basketball player but has an extremely popular gym shoe.

The late Kobe Bryant has always proved to be a phenomenal player on and off the court. Kobe’s career span 20 seasons, and all were played with the Los Angeles Lakers. He was drafted in 1996 and is set to be inducted into the NBA Hall of fame in 2020.

You can’t have a list of the best basketball players and not mention Larry Bird. He is a seasoned NBA veteran who had a basketball career spanning 1979 to 1992. After retiring from basketball, he began coaching the Indiana Pacers and was inducted into the NBA Hall of Fame in 1998. His coaching career lasted until about 2000.

Wilt is rumored to be one of the greatest players in basketball history. He was initially drafted into the NBA in 1959 after spending a year with the Harlem Globetrotters. Throughout his years with the league, he broke several records, some of which he still holds today.

What is the Best Michael Jordan Documentary?

This is ESPN special goes into aspects of Jordan’s life we may have previously not had access to. It portrays Jordan’s presence in the NBA, his retirement, his plunge into baseball, and also more personal tribulations. This even includes his father’s death.

Michael Jordan Come Fly With Me

This was the first film created on Michael Jordan’s career. It takes a look at young Jordan from the beginning of his career and onward.

Micheal Jordan: Come Fly with Me
Check Price on Amazon

What Basketball Movies are on Netflix?

This documentary is all about Vince Carter. He played for the Toronto Raptors and is an 8-time NBA All-star. The documentary looks to showcase Carter’s impact on basketball while in Canada.

This is one type of documentary that you wouldn’t expect to see about basketball. It gives viewers a glimpse into the importance of basketball for the inmates at San Quentin prison. The game provides a bit of freedom for otherwise caged inmates.

Basketball or Nothing is about the teens of the Navajo nation at Chinle High School. These kids find solace in basketball and hope to bring pride to their community by bringing home a championship.

You can’t mention basketball without mentioning Rucker Park. This is a staple in New York basketball, and this film celebrates 50 years of the Harlem Sports program. The directors use a plethora of interview footage and old videos to give the viewers perspective of the basketball legacy.

How to Choose the Best Basketball Documentaries for You

Choosing a documentary can be hard. There are so many documentaries to choose from, and therefore you must find a documentary that works for you. Though we have provided you with an abundance of information, we must teach you how to know which documentaries will have precisely what you need.

Before you just start watching videos and wasting time, we will provide you with some tips about how to choose the best items for you.

What’s the Purpose of the Documentary?

What’s the Subject of the Documentary?

The subject of your documentary is also essential. You will find that the best basketball documentaries on Netflix don’t all have the same topic. These subjects may include high school athletes, seasoned veterans, or everything in between.

What’s the Accessibility of the Basketball Documentary?

Your accessibility to the basketball documentary that you choose is vital. This documentary may be available online, via a streaming service or strictly on DVD. You will need to ask yourself what format you are looking for this film to be in. This will be a great help in narrowing down the options available to you.

What Considerations Should You Make on Documentary Length?

Although this isn’t a traditional characteristic you would look for, the length is important. If you only have an hour to spare, you would not want a documentary that spans two to three hours.

These are a few characteristics you can make sure to assess when you are picking out the perfect documentary to watch at home, watch with your team, or potentially even watch in your classroom.

We’ve gone over a lot today. Here’s a helpful table to consolidate every basketball documentaries we went over:

An excellent documentary will do more than entertain you; it will also inspire and motivate you. The documentaries on this list will do just that. This list is filled with the best and most . They will not only present harsh realities on and off the court; they will entertain and amaze you.

Soul in the Hole is one documentary basketball documentary that many basketball enthusiasts love. This story follows the lives of Kenny Jones, a part-time basketball player, and his street basketball team, Kenny Kings. The documentary provides a glaring look into the reality behind inner-city youth basketball.

Another excellent and highly recommended basketball documentary is Winning Time: Reggie Miller vs. The NY Knicks. This film explains the rivalry between the New York Knicks and Indiana Pacers player, Reggie Miller. This film also brings to light egos, which basketball can create.

Overall, there are several great options on this list for basketball documentaries and listed throughout this document. All of these will give you a glimpse into the basketball world, and several players struggle outside of it. If you haven’t found anything on this list to love, that’s okay. We have given you some excellent tips to choose your own the next time you need something new to watch alone or with your team.

Did you find this interesting? Then you may also enjoy our other basketball entertainment reviews here.

> The Best Basketball Books for Kids

> The Best Basketball Books for Teens